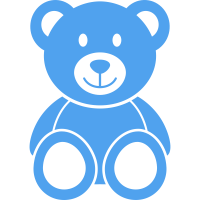 E-Learning on TOYS – A special e-Learning module on toys has been developed by PROSAFE. This gives an overview of the Toys Safety Directive 2009/48/EC - with particular attention to toy safety and market surveillance. All e-Learning modules, including one on risk assessment, are freely available. For further information click here.

Click on the pictures below to refer to further interesting links related to toy safety.