One of the product activities of the Joint Action 2011 (JA2011) is childcare articles (CCA). Twelve market surveillance authorities from Bulgaria, the Czech Republic, Denmark, France, Germany, Lithuania, The Netherlands, Portugal, Romania, Spain, Sweden and the UK participated in this project. Bosnia & Herzegovina, Finland, Malta and Poland also took part to varying degrees, however outside the financial scheme. The CCA Activity was task led by the Swedish Consumer Agency. The activities started during the first quarter of 2012 and ended in the first quarter of 2014.

Sampling and testing took place during 2013. Fifty-one wheeled child conveyances and forty-three baby bath tubs have been tested and final reports showing the results, conclusions and recommendations are available for easy download. Please click on each of the images below to get a copy of the reports.
Two separate technical core groups were developed due to the extensive work needed. Market surveillance authorities from Denmark, France, Germany, the Netherlands and Sweden took an active part in either one or both of these technical working groups.

This Activity tried to establish good contact and effective liaison with various external stakeholders throughout the project. Representatives from ANEC, CEN and ENPC were particularly active in this project.
Representatives from the European Commission, DG Health and Consumers, also took part in all CCA meetings. The whole project is co-funded by the European Union. 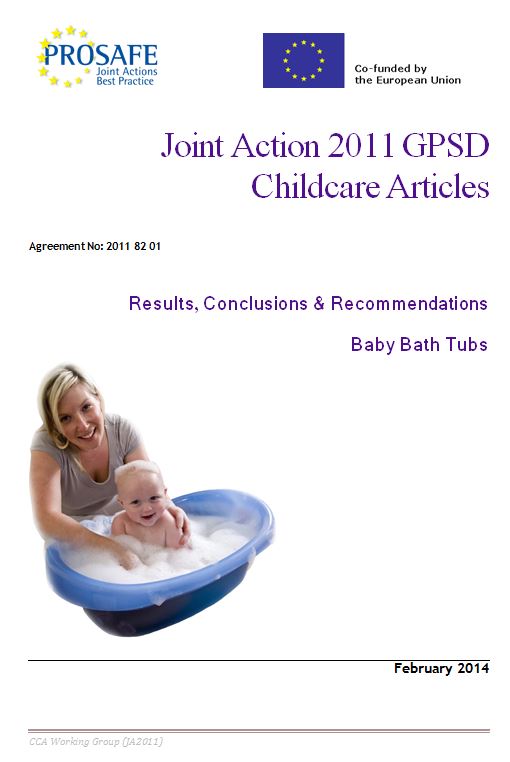 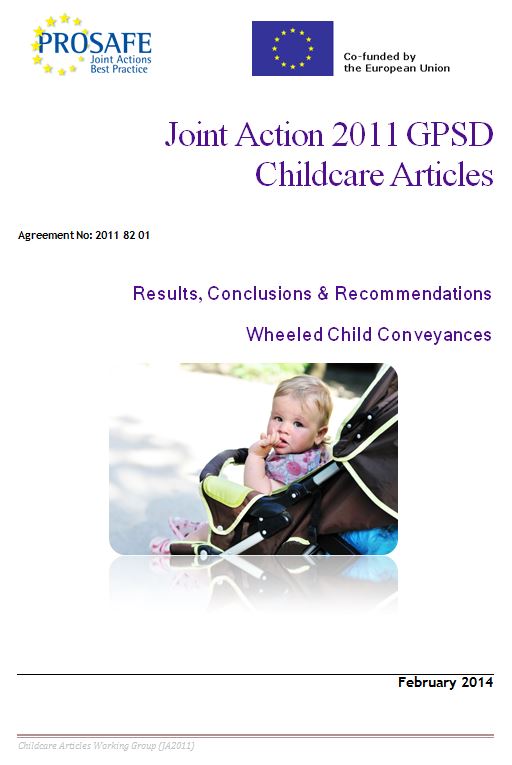