New sun beds and solariums offered to the public as part of a commercial service on the European market need to be safe. Sun beds that meet the requirements of the European standard on safety of household and similar electrical appliances (EN 60335-2-27:1997 under part 2-27: Particular requirements for appliances for skin exposure to ultraviolet and infrared radiation”) are presumed to be safe, if correctly used by consumers.

In order to increase the share of products that comply with the standard throughout Europe, twelve EU Member State authorities have contributed to the success of the second PROSAFE Joint Action on Sun beds and Solarium Services.

Generally speaking, the Joint Action aimed at consolidating the progress made in the first Joint Action. Furthermore, it sought to extend the cooperation already established with the branch organisations for the sun bed industry and the providers of tanning services. Moreover, it expanded the cooperation with stakeholders by establishing contact with that part of the medical scientific community that is involved in diminishing the incidence of skin cancer due to UV radiation. Both activities are meant to contribute to raising the awareness of the risks of UV radiation from sun beds, the importance of proper consumer guidance and the legal requirements in operators of tanning studios and similar businesses.

The Action has also published a project results report. This version is meant to provide market surveillance profesionals, stakeholders and other interested parties with a general picture of what has been done and why, as well as presenting the achievements in a form useful for the general public. This report is not the official final implementation report. For a copy, please click here.

The Final Implementation Report of this Joint Action is available and provides information about the activities undertaken, the participants involved, the results obtained and a financial statement comparing all expenditures against the budget. This project has been executed under the 2009 call for tender and the reporting requirements may differ from actions granted under the calls outlined in other years.

The Joint Action has adopted a modern way to approach consumers - Mobile Tanning App - informing them about responsible tanning. The communication campaign was launched during the final workshop which was held on 2nd November 2011 in Brussels. 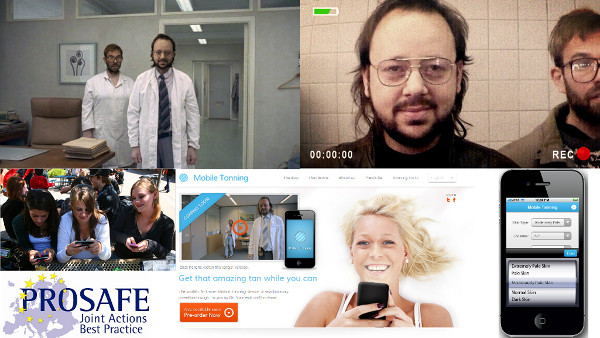